This will come as a shock to some of you: not everyone thinks you’re awesome. For those of you who weren’t shocked by that statement, this idea might be more radical: some people think do think you are.

Motivational speakers often tell their audiences to imagine their own funerals, to try to figure out what people would say about them if they were to die that day. It’s a valuable exercise, because it gets people thinking outside themselves – that is, trying to see something from the perspective of someone else (a skill sadly lacking these days). What I find interesting is trying to figure out not what in general is said about you, but what specific people would say about you.

Recently, my supervisor pointed out to me that I do too much under the radar – I don’t get attention for the extra work I do, so when I make mistakes, it’s only those mistakes that stick in people’s minds. This could be a huge problem for me if I allow it to continue – so I am now making an effort to be more deliberately open with what I’m doing, and communicating it better. In other words, I am exposing more of myself to those around me, intentionally, and am already starting to see the rewards of doing so.

Those people who give you a little insight into something about yourself you didn’t realize? Who see something great in you that you don’t see in yourself? Maybe they’re showing you a part of you that should be developed, that should be brought to the forefront. Maybe you’re stronger than you think.

Apparently, Oxford decided to update its style guide in 2009 to get rid of the “Oxford comma,” also known as the “serial comma,” for reasons not entirely clear. For those of you who aren’t English majors or grammar geeks (and do not have mothers that are), the Oxford comma is present in the first example, but not the second:

I invited John, James, and Harry.

I invited John, James and Harry.

I’ve always used the Oxford comma, though I don’t think I ever called it that until recently. It was taught to me as the proper way to build a sentence back when I was probably around six years old, and its use by nearly every author I’ve read only serves to further cement its “correctness” in my head – regardless of what Oxford’s style guide says. As a result, this change seems both arbitrary and not particularly useful – which begs the question, why was the change made at all?

My theory: the British just love to make rules.

I’m not entirely sure why I’m writing a blog post about this, as a matter of fact, except perhaps as a result of a chat conversation earlier between a friend and I. Well, that, and it gives me an excuse to post this: END_OF_DOCUMENT_TOKEN_TO_BE_REPLACED 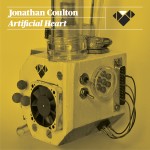 So over the last couple of days, I’ve been listening to Jonathan Coulton’s new album, Artificial Heart. It’s his first new music in quite a while, and you can tell. There’s a big difference between his last web releases and the tracks on this album, both in production quality and overall sound. But there’s no mistake: the king of geek pop is back, and he feels fantastic.

The album feels more “grown-up” than his previous efforts, as far as the production quality. It’s still got that not-quite-polished charm, but the quality is certainly higher, and there are more instruments involved on this album than there have been in the past. This shouldn’t be any surprise, given that Coulton’s biggest excitement about the album was the chance to work with John Flansburgh of They Might Be Giants. Additionally, there are some really great contributions from other artists, all of which sound fantastic – my personal favorite example of this is Now I Am An Arsonist, featuring Suzanne Vega, who I’d never heard of before listening to this track. Her voice adds a haunting sincerity to the lyrics, which is sometimes a stumbling point for new listeners of Coulton’s, given that his songs often have unusual subject material. I’ll definitely be checking out her other music as a result of hearing her on this track.

But that’s one thing that felt very different to me on this album: there were no really “goofy” tracks except the closer, The Stache, and possibly the completely-sung-in-French track, Je Suis Rick Springfield. Certainly there are still the odd metaphors and quirky phrases, but the album somehow feels more “serious” in nature, despite the subjects of several songs being typical JoCo fare – astronauts, heart surgery, and aperture science. (Yes, that’s right – both Portal songs are found on this album, and Sara Quin sings “Sill Alive!”)

There are three really standout tracks to me that will be stuck in my head for the next week, at least: first, the aforementioned Now I Am An Arsonist, which, if you pay attention, is a song about astronauts –  but the tone of the song is sincere and beautiful, and I love Suzanne’s voice for this one.

I’m always a fan of Coulton’s more sobering tracks, so Today With Your Wife quickly became a favorite. A song dealing with loss and the bittersweet reminiscing that follows, this one warranted repeating a couple of times before I moved on to the next track.

Finally, the track that stands out from the rest of the album most: Nobody Loves You Like Me. The song is completely acapella and sang in a beautiful harmony in stark contrast to the rest of the album, and lyrically is very strong as well, the pain and sincerity coming through very clearly, raw through the unaccompanied voice.

To summarize: Artificial Heart is not what I expected, but it’s a great album nonetheless, and a must-have for any Jonathan Coulton fan. I also think that this may be the best introductory album for newer listeners who are interested in him as a complete artist, and not just as the novel “geeky music guy.” You can find it on his website, but if you order before Thursday you can still get in on his very cool package deals for the album.

A couple of weeks ago at church, our preacher talked about the need for community in the church, speaking from Ephesians 4:1-6 and a few other passages. One of the points that he made and that has stuck with me for the last couple of weeks is the idea that many of our problems today stem from deeper failures than we’re willing to address in regards to our personal relationships – and one example in particular has been rolling around in my head.

What is counseling? A lot of people think that it’s getting advice, but professional counselors are specifically taught not to give advice – or at least not much of it. Counseling is primarily listening, responding to what you’re hearing, and showing concern and empathy for the problem. That’s the core of it. Seems simple enough, right? So why do we have tens of thousands of people across the country who can charge $100 per hour for this relatively simple act?

One of the things that makes a counselor unique is that the client feels able, even obligated, to be completely open and truthful with that person. Think about this: how many people do you feel you can be completely open and honest with in your life? Most people would probably say no one, or maybe one person. Maybe a spouse, or a best friend, or a sibling. Why do we have such trouble being honest and open with each other? Why do we need to hire a professional to find someone to talk to?

Shifting gears for a moment.

According to one major study, 69.7% of divorces are a result of communication problems. Whether you believe the figure or not, few would challenge the claim that it’s one of the most common causes. Objectively speaking, that should be surprising. Here are two people who’ve sworn vows to be as one til death do them part, and they can’t find ways to establish basic communication? How absurd does that sound?

And yet we all seem to have problems doing it ourselves, don’t we?

How many times have you put on a mask for someone, because you didn’t want to appear as if you didn’t fit in?

How many times have you said “I don’t know,” when what you really mean is “I’m afraid I’ll say something wrong and you’ll blow up at me?”

How many times have you felt like your world was coming apart, and answered “I’m fine” anyway?

Why do we have so much trouble being honest and open with each other?

Nobody tells this to people who are beginners, I wish someone told me. All of us who do creative work, we get into it because we have good taste. But there is this gap. For the first couple years you make stuff, it’s just not that good. It’s trying to be good, it has potential, but it’s not. But your taste, the thing that got you into the game, is still killer. And your taste is why your work disappoints you. A lot of people never get past this phase, they quit. Most people I know who do interesting, creative work went through years of this. We know our work doesn’t have this special thing that we want it to have. We all go through this. And if you are just starting out or you are still in this phase, you gotta know its normal and the most important thing you can do is do a lot of work. Put yourself on a deadline so that every week you will finish one story. It is only by going through a volume of work that you will close that gap, and your work will be as good as your ambitions. And I took longer to figure out how to do this than anyone I’ve ever met. It’s gonna take awhile. It’s normal to take awhile. You’ve just gotta fight your way through.